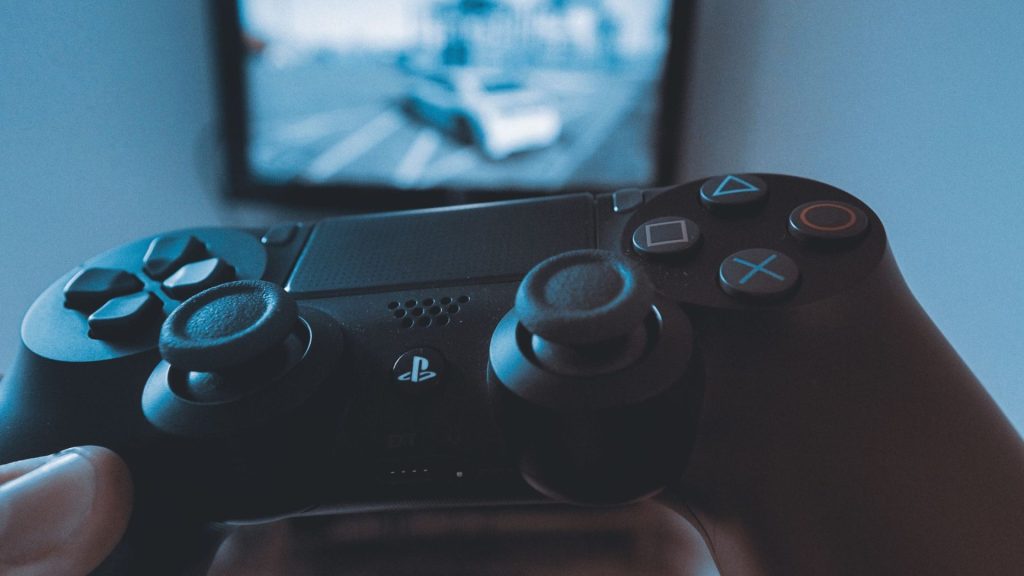 In today’s modern era, virtual gaming has become an essential component of the entertainment industry. Not only the professional players but also the seasonal players spend numerous hours in gaming and their needs and want keep on increasing to experience the best of the best versions of the gaming world.

Play stations have gained immense popularity among youth when it comes to virtual gaming. The play stations are not only used for the sake of gaming but also for other media purposes like playing videos and so on.

Usually, the play station console is in connection with the Television but with the increased demand and increased number of features in it, users have known to connect them to a bigger screen or a projector screen creating their home-based gaming studio.

If you are a regular user of gaming consoles, you must have an idea of the amazing feeling when your online game is connected to a bigger screen.

Now the question is, what are the best possible ways to connect a gaming console to a bigger screen as it sounds impossible. Nothing to worry about, we are going to discuss all the possible methods of how to connect PS4 to a projector.

Below are the details about each connection procedure:

How to connect a PS4 Gaming console  to a projector screen:

After consistent hours of research and personal testing, we have got to conclude that there are five basic methods of connecting a PS4 to a projector screen:

4- Connection through a DVI cable

1- How to connect PS4 to projector screen with an HDMI cable:

HDMI is a kind of wire/cable having specific ports at both the ends which are user-friendly to both the projector screen and the PS4 Gaming Console.

Go to the OSD menu where you would see the data of your PS4 gaming console. Select the icon you want to play on the projector from the internal input supply.

The benefit of HDMI cable connection is the high-quality display image, easy-to-connect facility, and cost-effectiveness.

You can easily enjoy the 1080p quality display while connecting the projector and PS4 with an HDMI cable. Not only this, but you can also play your favorite games on the big screen.

2- How to connect PS4 to a Projector screen if your projector does not support HDMI Cable connection?

If your projector is an older version and doesn’t have the HDMI port, nothing to worry about since we have other solutions to establish a secure connection even without having the HDMI support system.

In the electronics market, you will find adapters known as standard, mini, and micro adapters that support HDMI cable ports. You can connect that adapter to your PS4 and then connect the HDMI cable to the adapter from one side and join the other side of the HDMI port to the projector screen.

You must be thinking that using an adapter might affect the image quality. The answer is NO. The adapter would just act as a connector between your PS4 console and the HDMI cable. The audio and video quality are defined by the HDMI cable which will transmit the same level of signals to your projector with or without an adapter resulting in high-quality images, videos, and audios simultaneously.

3- How to establish a connection between a PS4 Gaming console with the help of a VGA Cable?

Another process to connecting PS4 to a projector screen is by the help of a VGA cable. The set-up process, in this case, is quite different and a bit complicated as compared to the usual procedure of HDMI connection.

However, if the HDMI port is not available on your PS4, the VGA could be a good option for you to enjoy your games ad movies on a big screen.

Let’s get into the process now:

Step 1: the first step in any of the PS4 to Projector connections should always be turning-off both devices.

Step 3: Step 3 involves establishing the connection between the VGA port and U-green adapter/ VGA Adaptor. The connection can be established by connecting the VGA cable to the projector screen. Keep in mind that all the projection screens would have a VGA port even the older versions.

Step 4: This stage involves connecting a USB cable to the U-GREEN adaptor for better stability. In this procedure, the VGA adapter will be connected to the projector VGA port with the help of a USB cable.

Step 5: Despite various advantages of a VGA Adaptor, there is one disadvantage as well. The VGA Adaptor / VGA cable is used only for transmitting Video signals and does not have the feature of transferring the audio signals to the projector. Hence, in order to add the sound effect while connecting the PS4 to a projector using a VGA adaptor, you would require an additional AUX cable. The AUX cable used for this purpose is a 3.5mm thick cable having built-in audio signals transmitting facility. The term VGA (Video Graphics array) itself is self-explanatory clarifying that it can only be used for Video purposes.

Step 6: Now when the devices are well-connected through the cable and adapter, you can turn on your PS4 console and the projector.

Make sure that all the wires are tightly connected to the ports, and you are good to enjoy the big-screen display of your favorite PS4 games and videos.

4- How to establish a connection between the PS4 & Projector Screen with the help of DVI Port?

For this kind of connection, you will be needing an audio convertor commonly called an HDMI TO DVI converter. 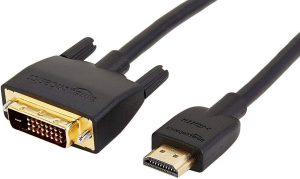 The audio of the HDMI To DVI connection system would work only with the stereo audio tools and an AUX cable being required for this purpose.

5- Connecting PS4 and Projector Screen wirelessly without any cable:

A wide variety of wireless adaptors can be found in the market at a reasonable price range.

An HDMI converter can also be used to serve the purpose. This is one of the easiest and most effective procedures to convert a projector into a wireless device.

Also Recommended : What Can I use as a Projector Screen

The idea of enjoying gaming on a bigger screen sounds extremely tempting however there are various advantages and disadvantages to that.

Who would not dream of having a massive size screen display in front while playing his/her favorite game?

Buying a large-sized display Television would be very expensive and not everyone can afford it. The variable low-cost ways of installing a big projector screen had made it possible for everyone to enjoy the luxury of an immensely large display which would otherwise not be available to people who cannot afford expensive monitors and TVs.

As discussed above, the procedures involved in establishing a connection between a PS4 gaming console and a projection screen involve expertise and knowledge of electronic devices. The complexity of the installing procedures might be a turn-off for a lot of users.

2- Might cause damage to the PS4 console and Projector Screen:

Since connecting a PS4 to a projector screen requires some technical devices and the user must have some knowledge about the electronic devices. In case of any wrong cable connection or usage of a low-quality adaptor/cable might cause damage to either of the devices.

Also Recommended: How to Connect Xbox To the Projector

1- Is it possible to connect PS4 to a projector screen without HDMI Port?

2- What is a display port in PS4 & Projector Connection?

As the name indicates, a display port (DP) is a kind of socket or adapter that is connected to the monitor/television or a projector screen. The DisplayPort acts as an intermediary between the display unit and the gaming console.

3- What is the difference between a display port and an HDMI cable, and which one is the better version?

Although both are used for the same purpose, if we have to differentiate between the two, the display port would be considered a better option than the HDMI port because of the image quality. The display port uses high bandwidth radiations transmitting a high density of signals to the projector screen resulting in faster conversion and high display quality.

You can also attach multiple display devices to a projector with the help of a display port and this is the greatest advantage.

Based upon the above discussion, one can easily conclude that undoubtedly, the projector screen is an amazing invention and with technological advancement, various connectible devices have been manufactured by IT manufacturers making it possible to connect gaming consoles like PS4 / PS5 to the projector screens.

As these methods are not expensive, everyone who even cannot afford high-priced televisions can have the luxury of a big screen even in the comfort of their home. we hope our guide on “how to connect PS4 to a projector” has provided a detailed guideline and you will be able to sort things out now.